All beaches are not created equal!  Though we love our local Clearwater Beach, it doesn’t keep us from enjoying other beaches in Florida. When you see Alys beach and the beauty of 30A, you won’t want to leave. Anyone who has vacationed on 30A and at least one other place on earth knows this truth. There are multiple articles that list “the 10 best beaches in the US”, but few places rival the beauty, clear waters, and the sugar sands of the beaches of 30A. Alys Beach epitomizes the amazing architecture and all things beautiful along 30A. As you will see the photos of Alys beach will leave you wanting to visit.

First, a Little Background on 30A

Long before Alys Beach, the 30A phenomenon started with Seaside around 1980.  In case you don’t think you are familiar with Seaside, you’ve probably seen it! It was initially made famous by being the filming location for “The Truman Show”. Seaside is the original Neo-traditional community development.   The town planner created 80 walk-able acres, a cute downtown, and kept an old town feel.  We vacationed there for the first time  around 2003, and we’ve been coming back to the area ever since. They have an amazing 4th of July parade, concert and fireworks that embodies all of the culture of 30A. Though it’s older and no longer as architecturally interesting as the newer Alys beach, there’s a charm to Seaside because it’s where it all started.

After Seaside, Rosemary Beach was the next “big” development. It’s has more of a Dutch West Indies style, and it is also very consistently themed throughout. It has as downtown as well, and unlike Seaside, a few grassy areas. It is much more commercial feeling than seaside because seaside still has a lot of outdoor shops and restaurants. Like Seaside, it has homes and shops on both sides of 30A, but Rosemary Beach has much more land between 30A and the beach. There are several homes, a hotel, restaurants and shops between 30A and the beach.

Whether you are in Seaside, Rosemary Beach, Alys Beach, etc. the beaches are a 20 to 30 ft drop down beautiful sand dunes. As seen below, this is a photo from a walkover at Rosemary Beach. Notice the clear waters, sugar sand, and those homes on the left is worth $7M to $10M+++.

One of the newer communities that we can’t get enough of along this stretch of 30A is Alys Beach. It is pronounced like the name “Alice”.  Alys beach was created by the same design team who created both Seaside and Rosemary beach, but it also has it’s a distinct architecture as it draws heavily from Bermuda.  As you can see, as soon as you drive up to it it looks different. It’s super clean and minimal.

Like all of the other 30A communities, Bicycles are the preferred mode of transportation. Rosemary and Alys beach do NOT allow golf carts. At every Walkover to the beach, you will find 10-50 bicycles.

Right before you get to the beach, there’s a nice grassy area where they can hold community events and gatherings. Just over the steps is the amazing beach.

And if the beach is too hot for you, feel free to hit up the Alys Beach community pool. It’s a resort style pool area and you won’t be disappointed.

The downtown is still coming along. It has a few restaurants and a few shops at this time, but it won’t take long to be completed. The draw to the beauty of 30A isn’t fading away any time soon, and Alys beach is going to be like the Ritz Carlton of the 30A area.

Enjoy a few more photos we took during a bike ride!

Alys Beach is still going to take some time as it only about 50% built out. For the large family gathering, with kids and teens, I’d probably say to hold off for a couple years. For an adult or quiet getaway, It’s perfect right now! Rosemary beach is only about a 10 minute walk, so you can get your fill of people and crowds without having to drive anywhere.

Sign Up Now and Get a Free Copy of Michelle's Must-Have Paint Colors For A "Coastal Cool" Vibe!
Past Issues 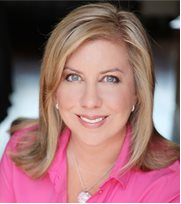 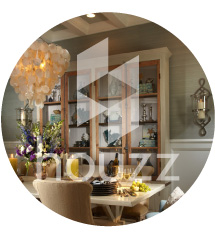 From the Press Room

We've been eagerly awaiting for this amazing Belleair Beach home to hit the stands! Florida Design Magazine just published this amazing home with complete interiors by Studio M. This beachfront luxury new construction home sits on a beautiful property on the Gulf of Mexico in Belleair Beach, Florida. You can read all about the project online at Florida Design Magazine link … END_OF_DOCUMENT_TOKEN_TO_BE_REPLACED

More Posts from the Press Room